As always, the journal is divided into five parts: a monographic study, a studies and notes section, a section dedicated to the publication of documents, there is also a section dealing with recent news and finally there is a bibliographic section. In addition, this volume opens with a short analysis of these ten years of existence; the analysis is carried out by the editor Carlo Pioppi. 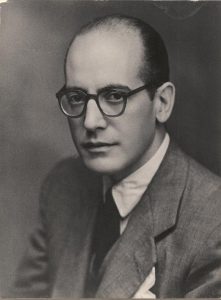 The subject chosen for the monographic study, which makes up the first part of the publication, is an analysis of the personality and vocation of five of the first members of the Work; people who committed themselves to the Work before the commencement of the Spanish Civil War, survived the war and later remained in Opus Dei until the end of their days. With the exception of Pedro Casciaro, the people discussed here have never formed part of any biographical publication that has involved more than an entry in an encyclopedia or a laudatory address at a testimonial event.

In the first of the articles, John F. Coverdale analyzes the figure of Jose Maria Gonzalez Barredo (1906-1993), who met St. Josemaría in the 1930s and was the first member of Opus Dei to visit America. The second article, by J. L. González Gullón and M. Galazzi, is dedicated to Ricardo Fernández Vallespín (1910-1988), who was director of the DYA Academy and Residence which was the very first corporate apostolate of Opus Dei launched by St. Josemaría in 1933. He was also the pioneer of the stable apostolate of Opus Dei in Argentina. In the third article, J. C. Martín de la Hoz explores the figure of Msgr. Pedro Casciaro (1915-1995). Pedro Casciaro met St. Josemaría in 1934-1935 and cooperated in the management and installation of the first university residences in Madrid, Valencia and Barcelona; later he was one of the leading figures of the apostolic work in Mexico and Central America. The fourth article written by C. Ánchel introduces Francisco Botella Raduán (1915-1987). Botella first met St. Josemaría in 1935 and they enjoyed a close friendship until 1950. And finally, L. Martínez Ferrer examines the figure of Vicente Rodríguez Casado (1918-1990) against the background of the Spanish Civil War and the immediate postwar period.

These people have some characteristics in common: three of them were ordained priests and three of them were university professors, they maintained an intense priestly or academic activity coupled with a strong commitment to the apostolate. The Studi e Note section contains three articles which are very different in nature. In the first article, B. Schellenberger examines the relationship that St. Josemaría maintained with a number of German bishops between 1949 and 1975. The period of the Second Vatican Council receives special attention as do the years immediately following the Council. The second article written by J. M. Caparrós describes the Monterols film club in Barcelona, an initiative promoted in the years 1951-1966 by a group of university students in the Monterols University Residence, an initiative which had repercussions in Spanish film culture. And finally the section concludes with a study by J. L. Illanes in which he makes a theological reflection on the juridical itinerary of Opus Dei.

In the section dedicated to unpublished documents, Documenti, A. Méndiz presents the letters written by St. Josemaría to Juan Jiménez Vargas, one of the first members of Opus Dei, for the period of 1937-1939, during the Spanish Civil War.

A fragment of a letter of St Josemaria Escrivá to Juan Jiménez Vargas (18-12-1937) during the Spanish Civil War.

The Notiziario section includes an address given by Giorgio Faro, professor of ethics at the Pontifical University of the Santa Croce. This address was given at the Residenza Universitaria Segesta de Palermo on the occasion of the opening of the academic year 2014-2015. The lecture which was titled “La crisi come opportunità”, gave the author the opportunity to reflect on the teachings of St. Josemaría about the sanctification of work and to show the link with the various interpretations of the current crisis situation drawn from a number of ethical and economic doctrines.

The Sezione Bibliografica presents four book reviews: the first review is written by M. M. Murphy about J. F. Coverdale’s book, Saxum: The Life of Alvaro del Portillo; the second review was prepared by P. Marti and deals with the compilation of texts from the Pastoral Letters written by Javier Echevarría to the faithful of the Opus Dei Prelature during the Year of the Faith, Creo, creemos: textos procedentes de las Cartas pastorales dirigidas a los fieles de la Prelatura del Opus Dei durante el Año de la Fe (2012-2013) I believe, we believe: selected texts from the Pastoral Letters written for the faithful of the Opus Dei Prelature during the Year of Faith (2012-2013); the third review was written by M. E. Ossandón on the proceedings from the conference Vir fidelis multum laudabitur. Nel centenario della nascita di Mons. Álvaro del Portillo The faithful man merits praise from all. In the centenary of the birth of Msgr. Álvaro del Portillo; the fourth review was composed by P. Pérez on R. Gómez Pérez’s book, El hombre que yo vi: sobre san Josemaría Escrivá The man I saw: about St. Josemaría Escrivá. This section also includes 19 bibliographic records and an index prepared by J. M. Fernandez and S. Martinez with the general bibliography about the Prelates of Opus Dei, Alvaro del Portillo and Javier Echevarria, published between 2003 and 2009.