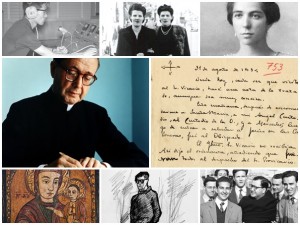 Studia et Documenta, the annual journal of the Istituto Storico San Josemaría Escrivá, is going to publish its tenth issue.

The journal was launched under the leadership of Prof. José Luis Illanes and first saw the light of day in 2007 just six years after the creation of the institute. The purpose of the journal was to provide a mechanism which would enable many scholars to publish the results of their historical research on St. Josemaría Escrivá and Opus Dei.

Some years after the establishment of the institute in 2001 by Msgr. Javier Echevarría, prelate of Opus Dei, two meetings took place in Pamplona involving one hundred intellectuals and academics from different countries, belonging to various subject areas and sharing a common interest in historical studies on St. Josemaria and the institution he founded. The idea for this journal which was already being considered by the members of the management committee of the institute, was confirmed in these two meetings. It was decided to launch an annual publication.

Other sections of the journal have completed these subject areas, such as the presence of Opus Dei in a number of countries, the biography of some of its members, the epistolary relationship between Escriva and different individuals, the publication of some of his notes and manuscripts, etc.

To view the contents of the journal that have already been published click here.

The establishment of Studia et Documenta is motivated by the desire to promote a better knowledge and provide a greater historical perspective of Opus Dei and its founder with an increasing emphasis on the canons of historiographical, academic and scientific research. We are still at the beginning of this undertaking and there is still some way to go. Nevertheless it may be stated that these ten years have produced results which are notieceable such as dialogue with other academic institutions: exchanges with many journals in the areas of history and humanities, the growing presence in prestigious libaries – both university and non-university – and on the more important electronic platforms.