The Istituto Storico San Josemaría Escrivá has just published volume 8 (2014) of the journal “Studia et Documenta”. As usual, the journal is divided into five parts: a monographic study, a studies and notes section, a section dedicated to the publication of documents, there is also a section dealing with current information and finally there is a bibliographic section.

The subject chosen for the monographic study is the group of Holy Intercessors of Opus Dei. A series of five articles introduce each of the intercessors (St. Nicholas of Bari, St. John Vianney, St. Pius X, St. Thomas More and St. Catherine of Siena) and outline the reasons why St. Josemaría Escrivá de Balaguer entrusted Opus Dei to their protection at key moments in the history of the Work.

The first article, written by José Miguel Pero-Sanz, focuses on the figure of St. Nicholas of Bari who was named intercessor of the economic needs of Opus Dei in 1934. The author points out that even before this date St. Josemaría had visited, on many occasions, the Church of Our Savior and St. Nicholas in Madrid. While there, he prayed for the solution to his economic problems ever present since he left the Patronato de Enfermos (Foundation for the Sick) in 1931 and particularly serious after 1933 when he had set up the DYA Academy. 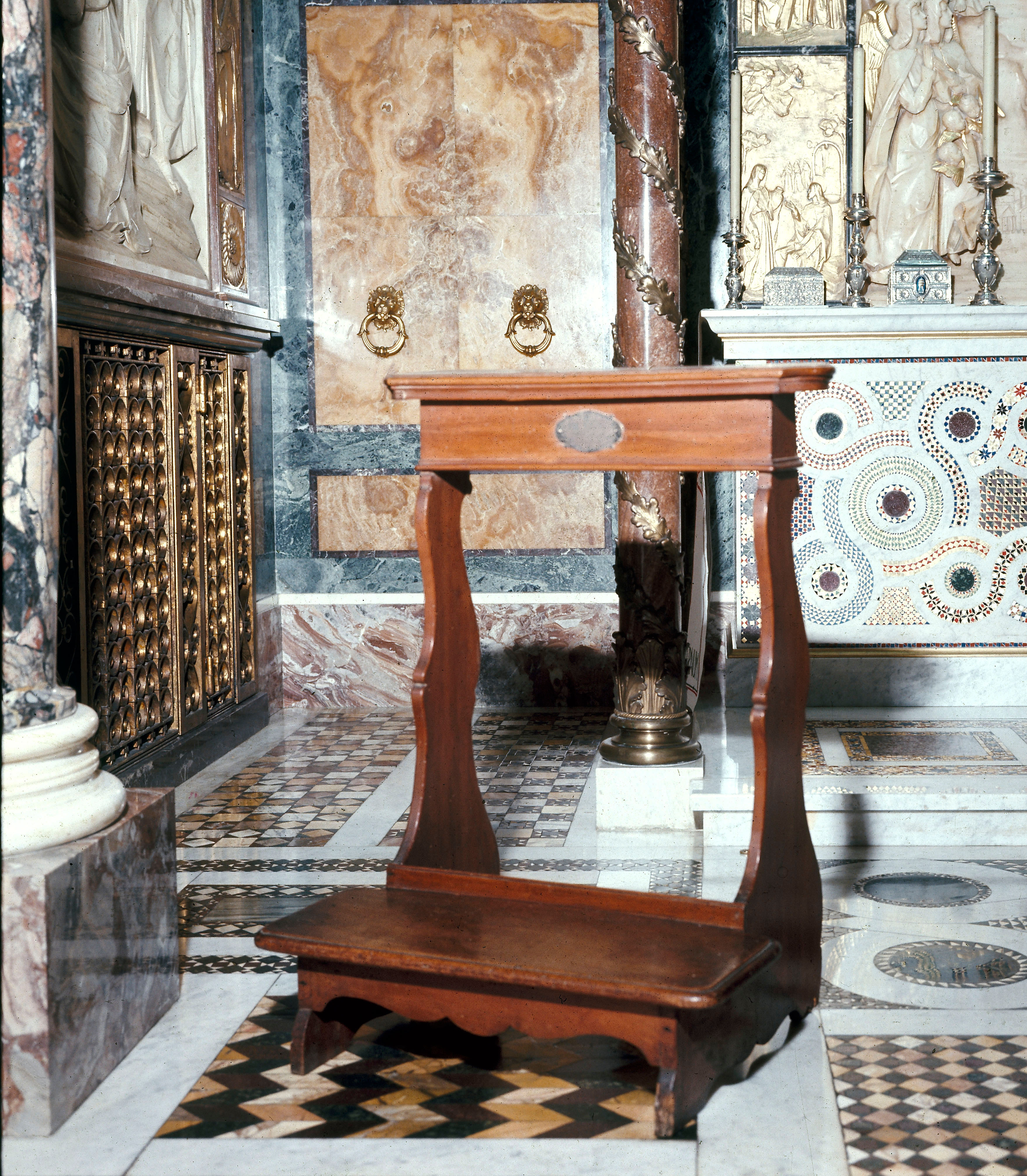 In the 1950’s St. Josemaría appointed three further intercessors. The first of these, St. John Marie-Baptiste Vianney was named intercessor for relations with the diocesan bishops. Laurent Touze has written an article that highlights the special devotion of St. Josemaría for the Curé of Ars. St. Josemaría had already turned to this Saint for help with this issue at least as early as 1938 when, while in temporary residence in Burgos, he entered into a closer relationship with several Spanish bishops. Touze analyzes the causes and the circumstances of this nomination: the exemplary relationship of the Curé of Ars with his bishop, the commencement of activities of Opus Dei in new countries, the growth of the Priestly Society of the Holy Cross, etc. St. Pius X, appointed intercessor for relations with the Holy See in 1953, is studied by Miguel de Salis who also underlines the great devotion of St. Josemaría for this Pope. Andrew Hegarty is the author of the article dedicated to St. Thomas More who, in 1954, was appointed intercessor for relations with the civil authorities.  St. Josemaría could not fail to notice this saint, a saint married with a family, a servant of his country committed to public service and an example of loyalty to the Church and his homeland.

St. Catherine of Siena is the intercessor for the apostolate of public opinion since 1964. Johannes Grohe shows the sympathy that St. Josemaría felt for this saint. He admired the frankness with which she defended the truth, her high regard for the virtue of sincerity and her great love for the Church. The writer points out that growing misunderstandings relative to the Work, especially in Spain, as well as the background to the debates in the Second Vatican Council may have motivated her appointment. 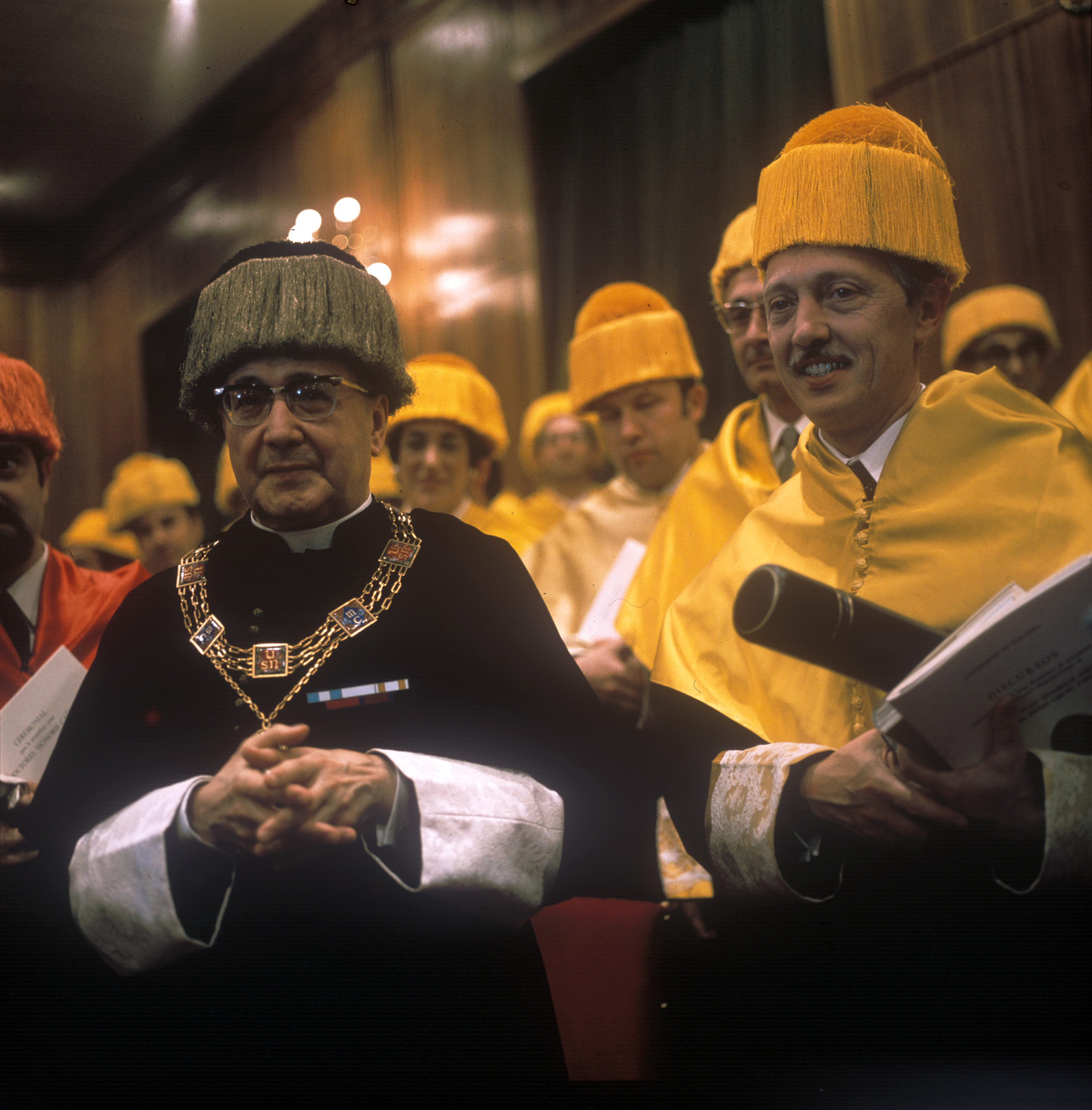 The Studi e Note section includes three studies about different aspects of the life of St. Josemaría and the growth of Opus Dei. Carlo Pioppi provides some biographical details about the childhood and adolescence of St. Josemaría in Barbastro. He shows how these experiences had repercussions on the rest of his life and subsequently on the history of Opus Dei. Francesc Castells bases his article on the four journeys St. Josemaría made to Barcelona between 1939 and 1940. After the end of the Civil War, St. Josemaría undertook, from Madrid, many apostolic journeys to extend Opus Dei in several cities such as Valladolid, Salamanca, Saragossa, Valencia and Barcelona. Castells describes and discusses the first contacts made by St. Josemaría and his followers in Barcelona. He also outlines some activities with University students and the opening of the first center. Finally, Yolanda Cagigas devotes her article to the first thirteen honorary doctorates of the University of Navarre. These were nominated between 1964 and 1975 when St. Josemaría was Chancellor. Cagigas first describes the establishment and growth of the University of Navarre and the investiture ceremony, and then she presents a brief biographical profile of each of the doctors honoris causa while explaining the reasons for the award of the degree. Finally, some details are given of the meetings that St. Josemaría held on the occasion of the visits to Pamplona to preside over these academic acts.

The section dedicated to unpublished documents, Documenti, contains an article by Ángel Gómez-Hortigüela who presents the diary of the trip made by St. Josemaría Escrivá de Balaguer to Valencia in 1936. St. Josemaría and Ricardo Fernández Vallespín wrote the diary. The introduction describes the historical context of the journey and the reasons for the choice of Valencia as the location of the first expansion of Opus Dei outside Madrid.  The article goes on to describe the difficulties encountered by St. Josemaría and Ricardo Fernández Vallespín while making the journey.

The “Notiziario” section sets out an account of the presentations that have been made of the critical-historical edition of “Conversations with Msgr. Escrivá de Balaguer” since its publication in July 2012. Also included is the text of the discourses given by both authors, José Luis Illanes and Alfredo Méndiz, during the events that have taken place in Pamplona and Toledo. The section also contains the full text of the presentation given by Professor Martin Schlag of the Pontifical University of the Holy Cross (Rome) about “St. Josemaría and his love for the poor”. This presentation was given at the XXXII Symposium of Theology at the University of Navarre, which took place in October 2011.

The “Sezione Bibliografica” presents the “Studia et Documenta” reader with a bibliographical note written by José Luis Illanes about the book Holiness in everyday life in the teachings of St. Josemaría. Spiritual Theology Studies (Rialp, Madrid 2011-2013), Ernst Burkhart and Javier López. This section also contains 6 book reviews, 17 notes and an index prepared by José Mario Fernández and Santiago Martínez containing the bibliography of and about St. Josemaría Escrivá de Balaguer published during the period 2003-2009.