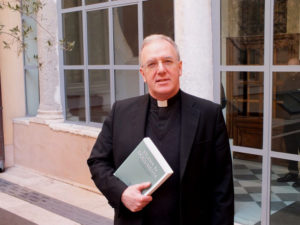 Since last November, ISJE has a new director: he is Professor Carlo Pioppi, who replaces Professor José Luis Illanes.

The new Director, Prof. Carlo Pioppi, was born in Rome and prior to this appointment was assistant director of the ISJE. Since 2014, he has been editor of the “Studia et Documenta” journal. He is also professor of Church History at the Santa Croce Pontifical University in Rome.

A volume of unpublished texts from the preaching of St. Josemaría has been...