The seventh issue of “Studia et Documenta”, the annual journal of the St. Josemaría Escrivá de Balaguer Historical Institute, has just been published. It contains various studies which introduce unpublished documents on the history of Opus Dei. 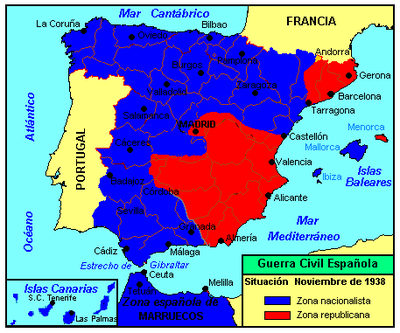 One of the articles which discloses new facts is the account of the journey undertaken by Cardinal Roncalli, now Blessed John XXIII, in Spain in 1954. While in Spain he was welcomed in two University Residences which are corporate works of Opus Dei, in Santiago de Compostela and Saragossa. Alfredo Méndiz uses primary sources to relate the positive impression which this experience made on Pope John XXIII and concludes with a short summary of the subsequent relationship of this Pope with Josemaría Escrivá de Balaguer.

The monographic section at the beginning of the journal covers various aspects of the priestly ministry of the Founder of Opus Dei in the 1930’s and 1940’s. The first article brings to light a topic which is virtually unknown: the beginnings of Opus Dei regarding women. Gloria Toranzo has carried out an exhaustive search of the ecclesiastical and civil archives as well as interviewing a number of people who were acquainted with those first women who were involved in St. Josemaría’s apostolic activity in the 1930’s. The beginnings were difficult and in the end almost all these people, in spite of their generous initial response to the call to seek sanctification through work, left Opus Dei for very different reasons.

The second article consists of a reconstruction of one of the trips taken by St. Josemaría during the Spanish Civil War to visit young men who had regularly assisted at the Christian formation activities in Madrid before 1936. These young men were scattered throughout the Iberian Peninsula. The author, Joaquín Herrera Dávila, who is quite familiar with the Andalusian environment, gives a detailed description of the route followed by St. Josemaría from Burgos to Seville and Cordoba. He achieves this by making use of reports from the period –chief of which are two letters written by Escrivá de Balaguer himself− thus presenting a vibrant picture of what it was like to travel in Spain at war in April 1938. 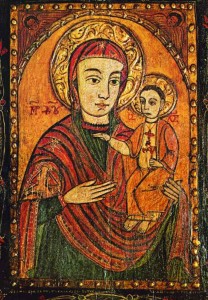 Constantino Ánchel is the author of a study about one hundred and seventeen preaching activities involving St. Josemaría –some of which have been unknown until now −, dated between 1938 and 1946. The target audience covers a wide range of the general public –priests, religious, members of Catholic Associations, students, school teachers, domestic workers…−, these activities took place at about twenty different locations. In his research, Ánchel has made use of Escrivá de Balaguer’s own notes, Opus Dei center diaries as well as notes taken by the participants in these activities.

In the Studi e Note (Studies and Notes) section, Martín Ibarra presents a study on the period the young Escrivá spent in the school run by the Piarists in Barbastro (1908-1915). Another article records the history of Escrivá de Balaguer’s three trips to Austria between 1949 and 1955. These trips laid the foundations for the future establishment of the first Opus Dei center in this country in 1957. On one of these trips the Founder prayed with particular intensity, placing his trust in the intercession of Our Lady, “Stella Orientis”, for the future apostolic expansion in the countries which lay behind the “Iron Curtain” at that time. The article has been written by Ricardo Estarriol.

The establishment of the Roman College of Santa Maria is yet another example of the remarkable effort by St. Josemaría to forge new paths. St. Josemaría was driven in this case by a desire that women have access to the ecclesiastical universities so as to be better prepared to transmit Catholic doctrine. Commencing with a summary of the status quaestionis of the presence of women in the university, María Isabel Montero goes on to describe the steps taken by St. Josemaría with regard to the Holy See so that such a possibility was taken into account. The study also reveals the difficulties presented by the setting up of the International Study Center due to the small number of women in the Work. The efforts culminated in the establishment, in December 1953, of the Roman College of Santa Maria. As of today, the college has catered for more than 1300 students from sixty two countries spread over the five continents.

The “Studi e Note” section concludes with a contribution from Adelaida Sagarra. Using the example of the Zunil Catering School (Guatemala), launched in 1956, Sagarra depicts a model of social integration between the Mayan and the Hispanic cultures, between urban and rural areas, inspired by the Founder of Opus Dei.

The section dedicated to unpublished documents (“Documentazione”) commences with a contribution from José Luis González-Gullón, who edits some notes 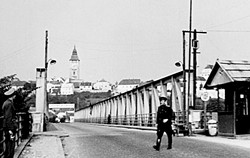 The soviet check point over the River Enns at Linz.

taken by Ricardo Fernández Vallespín in 1934. These notes reflect the serene atmosphere of work and friendship that one could sense in the DYA Academy (first center of Opus Dei) in a Spain torn by social and political conflict. The notes also reflect the pastoral activity of Escrivá de Balaguer.

In another article, Francisca Colomer unveils a report by Prudencio Melo y Alcalde, Archbishop of Valencia, intended for the Spanish Nuncio, Gaetano Cicognani, in 1941. Negative news was circulating, in Spain, at that time about Opus Dei’s activity. These reports crossed the border and reached Rome. The Nuncio confidentially gathered data from a number of bishops in order to inform the Holy See: Melo y Alcalde was one of the bishops selected.

The “Notiziario” (Features) section includes comprehensive information on the status of the sixteen canonization processes of Opus Dei members which are currently underway. This information is provided by José Carlos Martín de la Hoz. 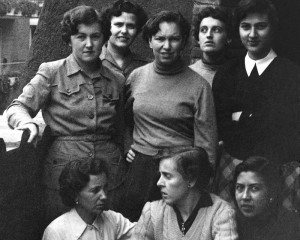 The first women at the Roman College of Santa Maria.

The sections “Recensioni” (Reviews) and “Schede” (Notes) provide reviews of a total of twenty two publications selected from the most recent books related to St. Josemaría and Opus Dei.

The biographical index that concludes this issue is the last in the series which is being published in “Studia et Documenta” presenting a general bibliography about Opus Dei, its Founder and the prelates Álvaro del Portillo and Javier Echevarría, up to 2002. A bibliography dealing with later years will be published in future issues.

The present volume of the journal incorporates a change to the cover. José Luis Illanes, director until now of “Studia et Documenta”, passes on the baton, after ten years, to Carlo Pioppi, who has worked with him from the very beginning as assistant director. Professor Pioppi teaches Church History at the Pontifical University of the Holy Cross in Rome.